The Christian’s God is Pro Choice. Trump is Not!

Rev. Al Miller, a respected past 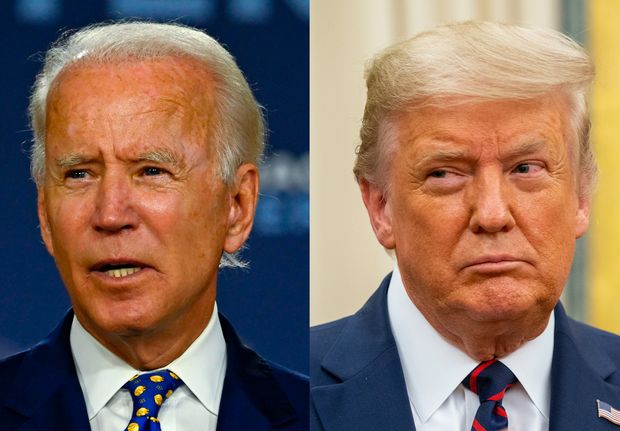 or in Kingston Jamaica, attracted my attention with his public statement, “I Pray Trump Gets a Second Term”.  I was too much of a coward to pray that he did not, but certainly wished that he did not. I prayed that God’s will be done.

I could Not Vote for Trump

The Democratic Party platform has several planks including social justice, demonstrated concern for the poor, climate health, and a genuine concern for the “strangers among us”. But its platform’s planks also include the LGBTQ+ Agenda and Abortion, which in the majority of cases constitutes premediated murder of a helpless living person. I believe that the Bible attaches more negative and fatal consequences for God’s abhorrence of the LGBTQ+ Agenda and Murder, than all the benefits it projects for the excellent planks in the Democratic Party platform.

On the other hand, President Donald Trump, with over 20,000 lies and false statements documented by the Washington Post to his credit, has done a few good things. He built on Obama’s recovered economy and made it much stronger, before wrecking it by his deceitful and dysfunctional handling of the Corona Virus crisis in America. He displayed great and meaningful support for Israel and even brokered peace accords between Israel and some of its neighbors, although the Bible clearly indicates that these are doomed to fail. He has appointed three Conservative Supreme Court Justices, although any other Republican President would have done the same thing. To his undiluted credit, he has strengthened the religious freedoms of Christians which have been coming under attack in America.

And yet after seeking the mind of God, and for all the reasons outlined on October 28, 2020 in https://thecdr.us/trump-or-biden/ I ended six months of internal trauma and agony by reversing my public commitment to pinch my nose, close my eyes and vote for Trump, and instead, I pinched my nose, closed my eyes and voted for Biden.

Rev. Al Miller’s God and my God made man, initially Adam and Eve, in His own image and likeness. To achieve that, God had to construct man with “free will” with its attendant responsibility of choice. It was not God’s intention that man would exercise his free will and power of choice to disobey God and destroy His plan for the human race. When Adam did exactly that, God had it within His power to shut down the failed experiment and start from scratch with a semi-free will model man. But He did not. God knew that failing to do so would lead Him to the excruciating death on the cross in order to redeem the creatures He loved. And for all that, so committed was God to respecting the Divine importance He attached to man’s choice as a result of his free will, that God refused to cancel, block, deny or impede man’s free will and his God-given right of choice.

But Donald Trump repeatedly tried to do just that, and is still trying. He tried to deny Americans their God-given right  of choice in determining who governs them. I detail a partial list of his blatant, overtly visible voter suppression actions, in addition to those done for him by a 2013 Republican majority Supreme Court that gutted the 1965 Voting Rights Act. In the midst of a roaring Pandemic, the fatal consequences of which Trump helped to exacerbate, Trump tried desperately to persuade especially Black voters who are disproportionately affected by Covid19 not to vote by mail-in ballot. Not satisfied, He appointed his henchman Postmaster Louis DeJoy to dismantle and destroy the machines and mechanisms at the US Postal Services so as to delay or deny the processing of mail-in votes which he rightly predicted would be predominantly Democratic. He used his White Militia and Right-wing Militia affiliates to intimidate voters, during early pre-November 3 voting.

God Help America… and the World

Trump was definitely appointed by God. Some Christians claim he was anointed by God. So was Saul.  And so, Biden will be installed as the 46th President of the United States of America at noon on January 20, 2021, if God spares his life. And then, God help America.

As for me, I am a Christian Democratic Republican.

(A compiled extract from the full article by the same title on https://wp.me/p8uE67-oX )